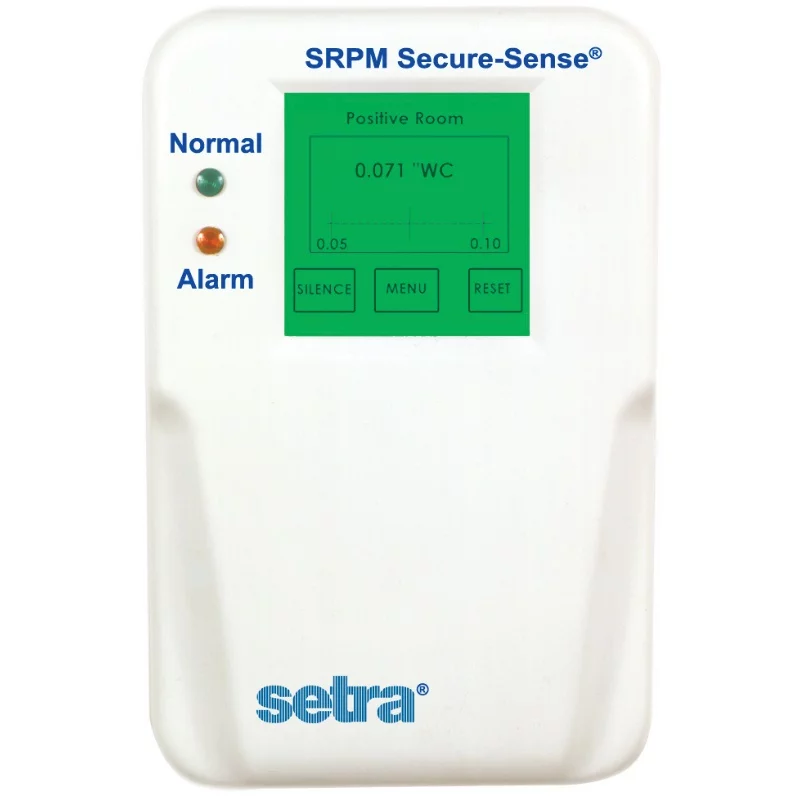 The SRPM is Setra’s standard single room BACnet capable room pressure monitor for measuring low differential pressure in critical applications. The SRPM’s backlit touchscreen LCD provides an intuitive graphic user interface for ease of setup. The SRPM has a built-in calibration feature and only requires zeroing when installed, significantly reducing the cost of ownership. The SRPM monitors and alarms while providing a digital input for a door alarm. The SRPM is a simple, cost-effective solution which combines state-of-the-art electronics with Setra’s superior true differential pressure sensing technology to ensure safety in critical environments. The SRPM also incorporates two-level password protection.

Monitor & Alarm Critical Rooms - The SRPM is most user friendly room pressure monitor on the market today. It has an intuitive touchscreen interface that allows the user to easily configure alarm set points, passwords and audible alarming conditions. With its bi-directional sensor, the unit can switch between protection and isolation room modes, or be put into standby mode when the room is not in use.

On-Board Dead-Ended Pressure Sensor - Protection and isolation rooms are designed to adhere to strict standards in order to provide a proper barrier between the room and reference space. Unlike a flow-through design, the SRPM utilizes an on-board dead-ended low differential pressure sensor. This technology provides the user with a trusted solution & peace of mind that the sensor will prevent contaminated air from passing through it.

Save Time and Money on Installation & Calibration - The SRPM is designed with both the installer and end user in mind. The BACnet enabled unit can be installed in an off-theshelf electrical box, improving the ease of installation instead of having to use a custom electrical box that is not typically available at the rough stage of the project. The SRPM offers push button zero and span calibration that is easily performed by any low differential pressure calibrator and can be calibrated in minutes. 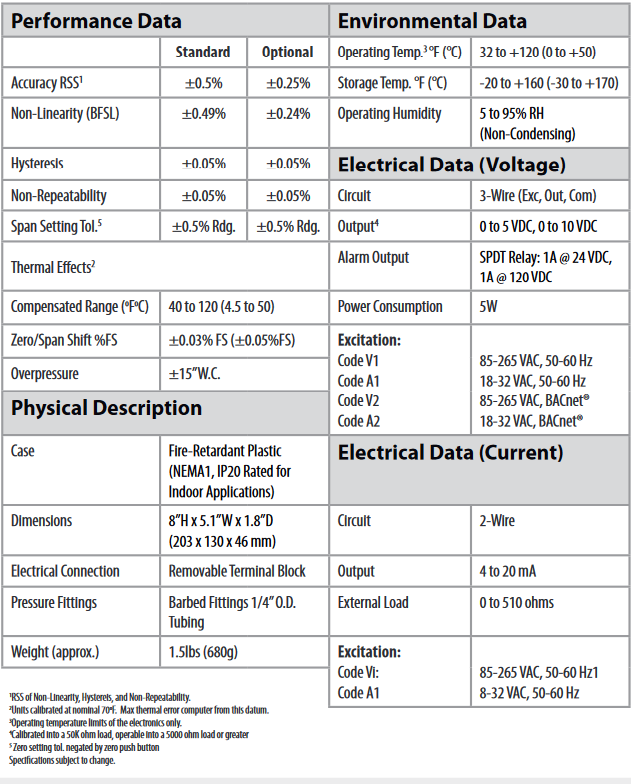