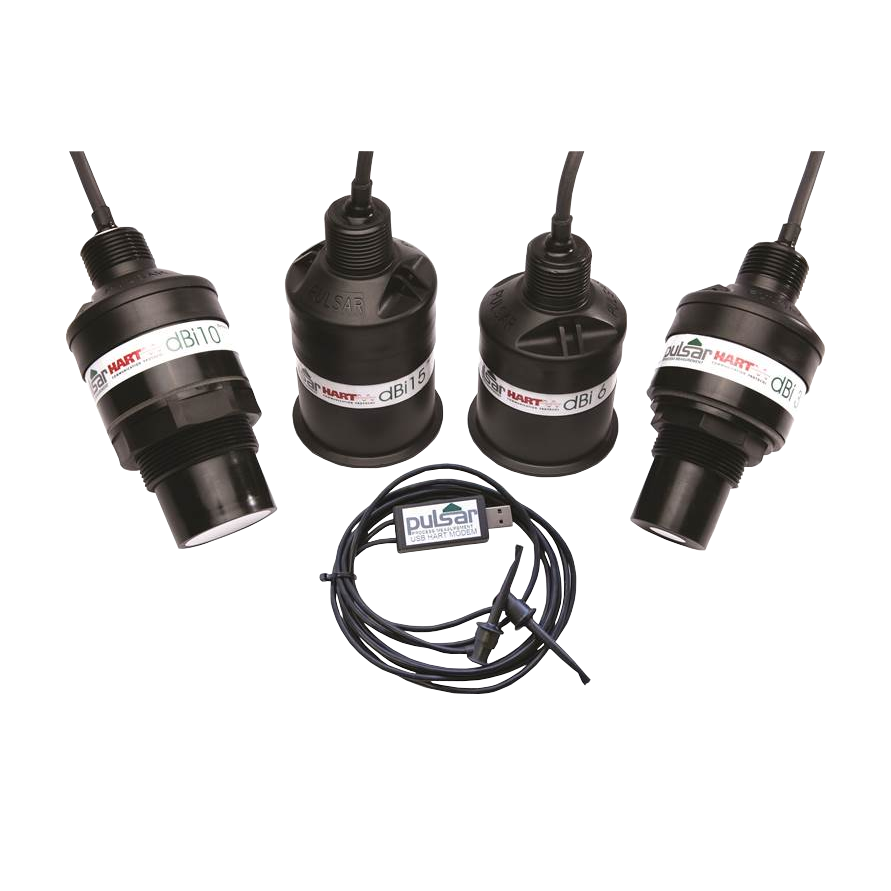 The dBi HART series is a range of self-contained, intelligent, non-contacting, ultrasonic level measurement transducers, which take advantage of HART communication protocols which makes plant integration simple. The transducers can be programmed as stand-alone devices, using HART as the mechanism for data collection, via the dBi HART PC interface.

To add to the dBi’s capabilities, Pulsar Measurement also offers a Device Type Manager (DTM) meaning that users can communicate with the dBi HART Transducers using FDT framework applications such as PACTware. Benefitting from world-leading DATEM technology, the transducer is able to zero in on the echo from the true target, ignoring the stationary echoes from other elements in the measurement path; eliminating the commonly seen loss of echo problem.